A Few Common Mistakes to Avoid when Moving Home 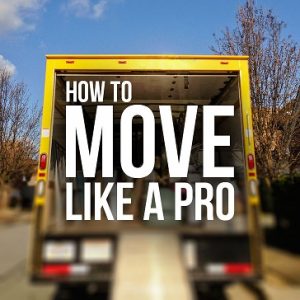 Moving home has been said to be one of the most stressful events of ones life. And it’s quite easy to make some common mistakes that are easily avoidable and if avoided you will cause less headache for yourself and those involved in helping you move.

I’ve made a list of the most common mistakes I’ve seen people make when moving.

Leaving Everything to Late!

By far this is the biggest one! Don’t be like Louis. Louis is a friend of mine that I helped move once. I arrived at his house on the day he asked for my help and asked him when the cleaners were coming for the end of tenancy cleaning. They literally pulled up in the driveway as I asked that question.

We had to quickly get everything out of the bathroom and tell them to start there while we frantically moved everything else into the living room so we could pack it up. In the end it all worked out but you should have seen the look on his face when he realised how much work was actually involved in moving.

Louis was under the impression that it was going to be a one hour job and then we’d relax to some beers. We started at 8am and were still going at 6pm that evening when we locked the house up and were packing up the last of the boxes.

Don’t be like Louis. Plan ahead and don’t procrastinate when you are moving homes.

Trying to be Cheap and doing a DIY Move

Lets be realistic here for a moment. Not everyone has the money for a full service moving company to come in and move their home. But there is a difference between a very cheap DIY and a cheap DIY.

Hiring a van or asking a friend to help you move with their van might seem like a good idea. But in reality it’s not and there really are some things worth paying for. You’ll be more stressed than when you started. If you are moving a long distance then being very cheap is an even worse idea.

A better idea is to hire a moving company that can offer a man and a van service like We Move and Clean, a home moving and relocation company. This is when a moving company offers a move budget service that offers a moving van or small truck plus a driver. The driver will also help you load up the truck. so you will still get the expertise of a moving company to help you pack the truck so nothing is broken but it will come at the fractions of the cost.

One of the biggest mistakes if not labeling boxes. Now I get it. If you’ve got a 4 bedroom family home to move with the last 20 years worth of things you’ve collected then it’s easy to forget the little things. But this is once thing you can’t forget.

Imagine for a moment you get into your new home. You’ve hired a moving company to help you move homes and they have put everything into you living room for you. The moving company is now one their way back to their offices and you are happy that you are done. And then it hits you. There are 100 boxes in your living room and nothing is labelled. You suddenly realise that it’s going to take you a week to unpack everything as you have no idea what should go where.

This can easily be avoided. Just by a market and label what boxes goes where. Even if you even up with 100 boxes in your living room as you opted for a man with a van service and not full scale moving then at least you know what boxes need to go where.